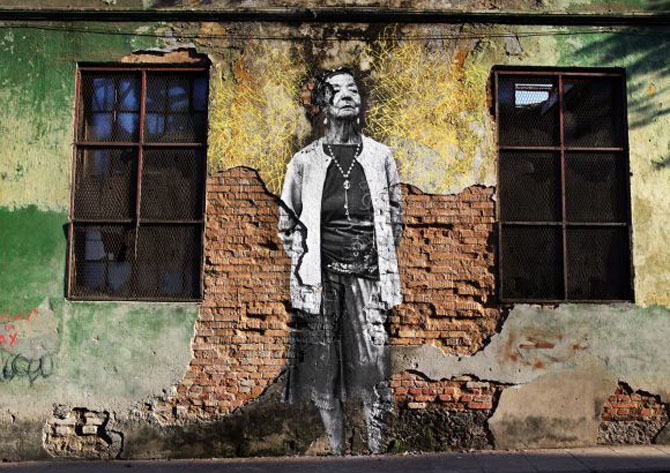 We’re loving these giant sized wall images from French graffiti artist JR, whose global project Wrinkles in the City has attempted to counter the eternally youthful advertising images seen on bill boards and giant screens around urban areas with celebratory digital images of older people, wrinkles and all.

JR has been on middleagedad’s arty radar for a while now, since he won the Ted prize in 2011 and set up the Inside Out project, a truly inspiring way of using digital images of ordinary people in extraordinary places. But only I got interested when I discovered the Wrinkles of the City project, where JR photographs the older inhabitants of a city, those residents that have lived through and experienced upheaval and change in their lives and bigs them up into giant, black and white graffiti style wall art, which he plasters all over the town.

He’s just done this in Berlin, so if you are visiting then make sure you look out for the striking photos, which depict strong emotions of love, joy, survival and sadness. They’re certainly a long way from your average over glamourised perfume or fashion ad. JR’s philosophy behind the Wrinkles project is that many cities cast aside their older generations, ignoring their experience and discarding them from the city landscape. By putting them up on walls around the city, in an urban-art style, everyone is reminded of their significance to city culture, development and progress. Good idea, eh? 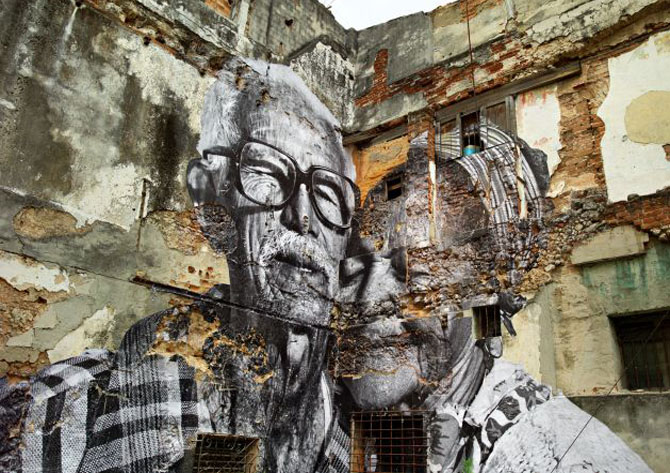 The lead image and the one above are from the La Havana ‘Wrinkles” project, in Cuba, but JR has also done Los Angeles, Cartagena in Spain and Shanghai. The Berlin images launched this April, and there’s an exhibition on here

Love the ones from LA, where they’ve virtually outlawed wrinkles…. 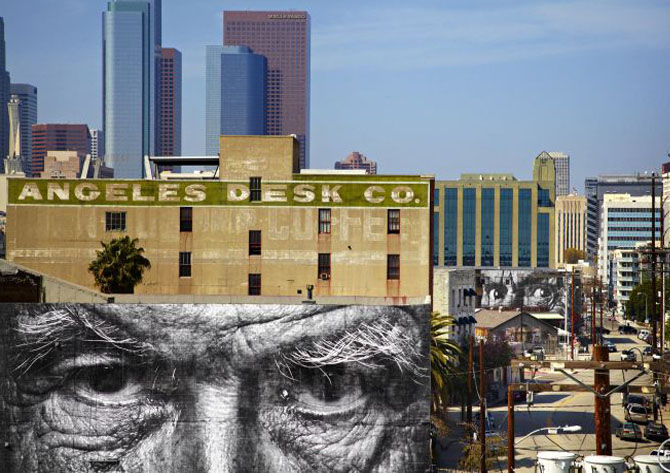 The black and white digital images are pasted up by a team of helpers, who work on temporarily constructed scaffolding to get to the very top of the buildings, so the images create maximum impact. 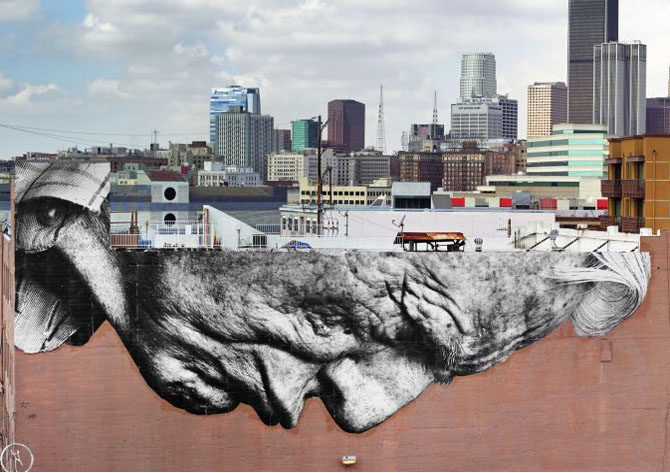 Love this one above….. 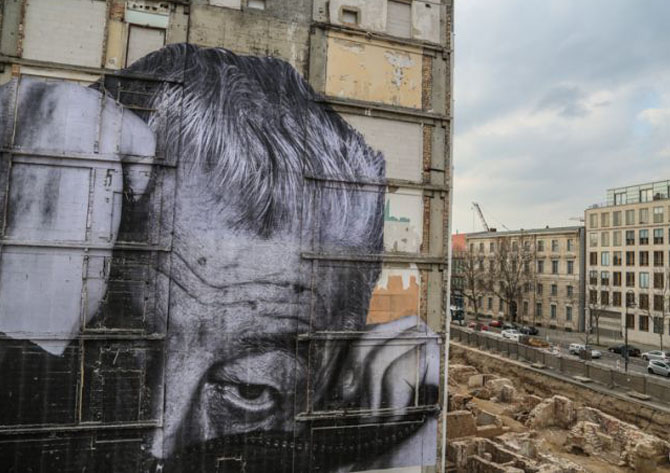 These are the new ones from Berlin, above and below…. 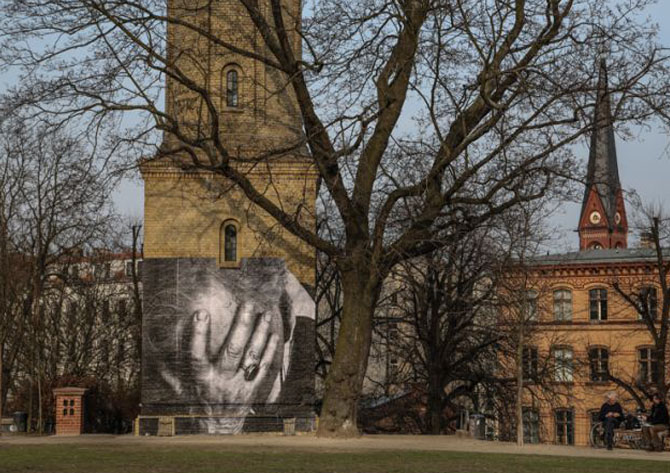 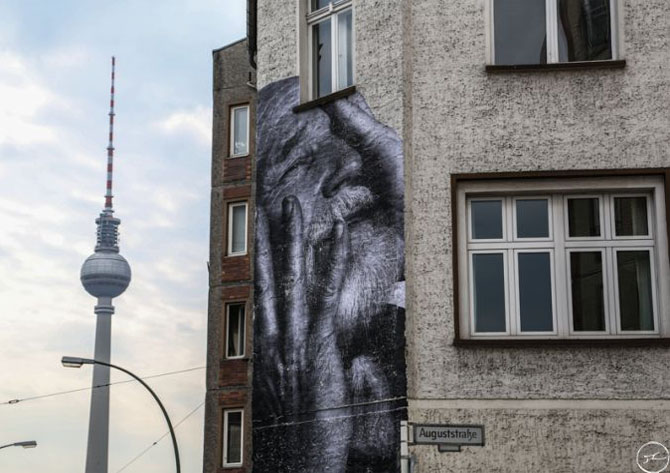 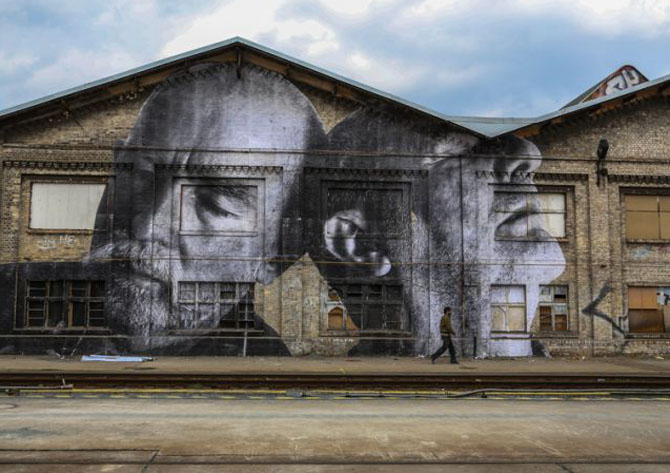 The film of Inside Out , documenting how the images were used around the world, was aired at the Tribeca film festival this April and if you are in New York, there’s an exhibition just opened of the Cuban Wrinkles project at the Bryce Wolkowitz Gallery in Chelsea.

The focus on young people when it comes to start ups has been a constant source of frustration to me, since setting up my…