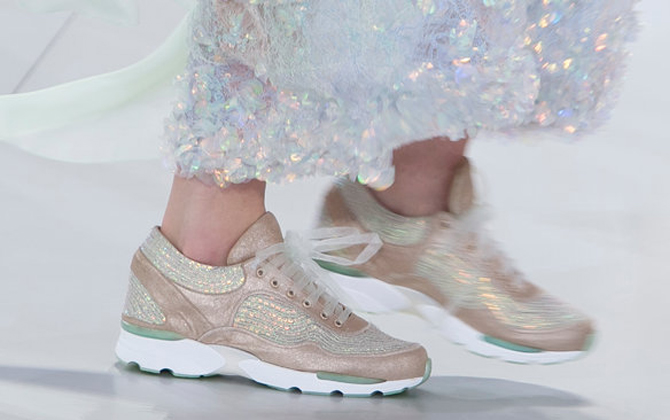 You will notice more than a degree of sacarasm in my voice, as I write this post, as over the last few seasons I have steadfastly refuse to buy into the trend for high shoes and watched as friends I considered feminists, tottered around uncomfortably on ridiculous pins, all in the name of fashion – you know who you are. *stern face*.

Call me old fashioned, or a woman in sensible shoes, but I was honestly quite happy to look like a tiny uniformed hobbit at every fashion party I attended over the last two years – if it meant I could run for the bus.

But now the fashion powers that be have decreed that the flat is back, London Fashion week, which starts today, is set to be the season of the flat. Anyone unaware enough to hobble over the cobbles of the Somerset House courtyard in a pair of heels, may as well pack up their Louboutins and Jimmy Choos and head on back to Essex, as those in the know will be striding about in a pair of pool slides, white soled nurses shoes, or pumps that wouldn’t look out of place in the skate park on the South Bank.

So just what flat should we be considering this Spring if we are to look like we know what’s going on fashion wise? 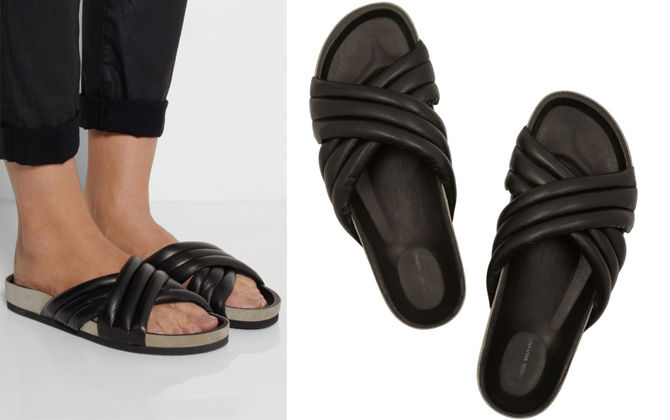 Now this is a trend I like. At first glance you could be mistaken you were looking at your dad’s sandals on holiday in Cornwall in 1976, or those Adidas numbers you wore on that acid house clubbing holiday in Ibetha,1988. And to be honest you wouldn’t be wrong. This is exactly what this trend is – except they have been re-inveneted by Celine, Chloe and Isabel Marant, so are therefore now super fashionable. Much as I love them, I won’t be spending £200 plus to look like my Uncle Bill, but will be buying a pair of old school Nike Slides and sticking to my beloved Birkenstocks (remember I told you about their revival ages ago – honestly I do wish you would trust me by now!!). What’s not to like? 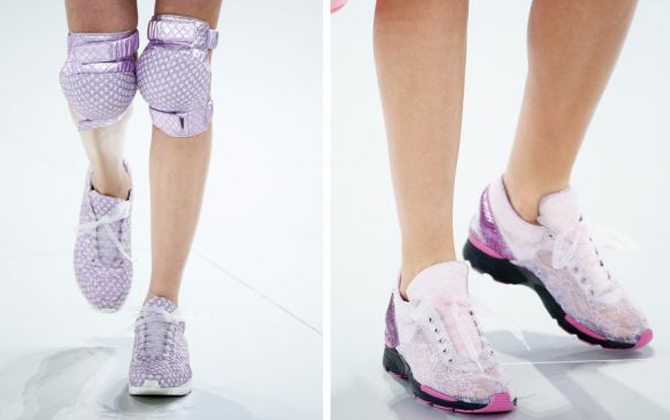 Trainers have also been re-claimed by the fashion world, mostly because King Karl (Lagerfeld) showed them in his recent couture runway show. Truth is, Karl (and many others) is really rather good (or not) at picking up on street trends that have been around for some time and claiming them as his own. See also, pastel coloured hair.

It’s a fine art –  taking a trend that starts off as cheap and DIY and re-appropriating it as a super expensive “designer” item – well done Karl and if it keeps you in fans, who am I to judge.

I won’t however be buying a pair of Chanel trainers for the same price as a mini break in Dorset, but will be investing in some truly fabulous brightly coloured Nike trainers, or harking back to my Hacienda days and wearing some old skool (?) Adidas Gazelles.

Wear the “new” trainers with a skirt – mid length dirndle (more of these to come) or pencil skirt – or a dress, not jogging gear – good grief, that would be so last season . 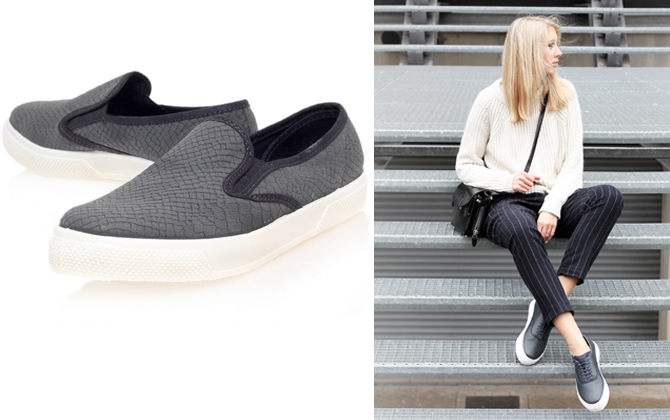 A word of advice on these, by skate shoes, the fashion world mean simple Vans style sneakers, not actual skate shoes. Any mother of a budding Tony Hawkes knows full well, skate shoes are lace ups and worn two sizes too big (many an arguement in a cool skate shop, right there!!) and this is the not the look we are going for.

Actual skate shoes also have to be a very specific brand (well they did in my house – I raised a fashion monster) and the “new” skate shoes don’t. They can be Gap, Kurt Keigar, Whistles, whatever you fancy. Purists of course will be wearing Common Projects or Eytys, but lets be realistic here people.

Skate shoes should be worn with slim leg tailored trousers for maximum effect.  Celine (well COS) navy, with a crisp white shirt and a casual shoe says “in the know for S/S 14” without trying too hard. This is another good look, easy to wear and as long as you steer clear of anything that even vaguely resembles a walking sandal (Twitcher chic is not what we are going for here) you should be fine.

The key to the new sandals are chunkyish flat soles, but not wedges. The Marni sandals sum up this look perfectly, but are £430, so I recommend Whistles Maya Gladiators at £225, but they are Limited Edition, so you better hurry. Or check out River Island at a really affordable £50. – although I haven’t seen these in real life, so can’t vouch for their quality. 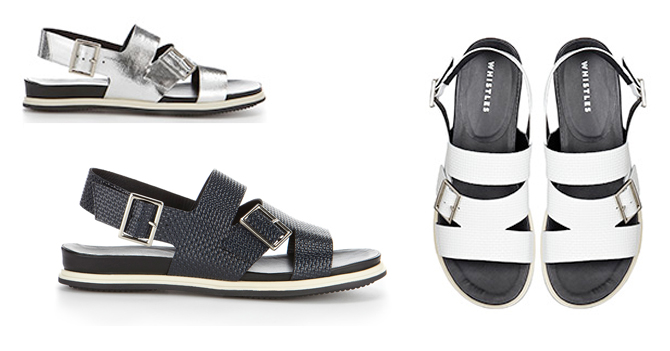 So it’s officially December and time to start thinking about buying presents. Is it just me or does Christmas seem to have been going…