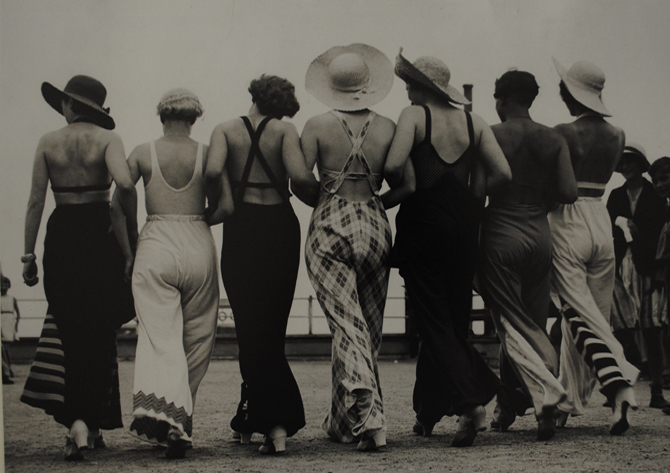 There’s a great deal to see at the Women, Fashion, Power exhibition, just opened at the Design Museum in London, so much so that despite an excellent tour by co curator Donna Loveday (Colin McDowell is the other curator) I need to go back for a second visit to make sure I read everything.

The exhibition looks at how women have used clothing as a way to make a statement of independence and power. From shifting the lacings of a corset from the back -where you needed help to undo it, Downton style- to the front where you could unlace them yourself, to the introduction of regular trouser-wearing thanks to Coco Chanel. I loved the beach pyjama photo above, which demonstrates the fun it must have been to ditch those respectable layers. It was good to see the TV programme Dynasty get a mention as who wasn’t influenced by Krystle and Alexis and those giant sequinned jackets?- but this exhibition shows how the ‘power suit’  has a surprisingly small part to play in the complex story of using clothes to create a powerful image, Pop, Punk, advances in fabric technology and even designer/high street collaborations all played significant roles.

The highlights for me were getting up close to Elsa Schiaparelli’s personal collection of divine sunglasses and signature shocking pink silk dupion skinny trousers. They must have caused such a sensation when she wore them in the 1930s and demonstrate brilliantly the power of pink. Wearing them must have been so liberating- remember women were only released from corsets and head-to-toe coverage in the 1920s. I SO want a pair like this. 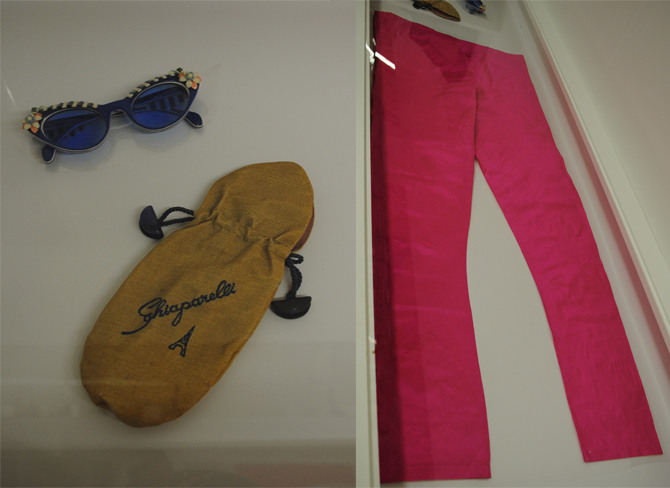 Another highlight was the collection of Suffragette clothes, including two outfits from the up and coming film (out autumn 2015) Suffragette, below left is Meryl Streep’s Emmeline Pankhurst outfit and right is Carey Muligan’s Maude one. Maude’s skirt is an original Suffragette garment. 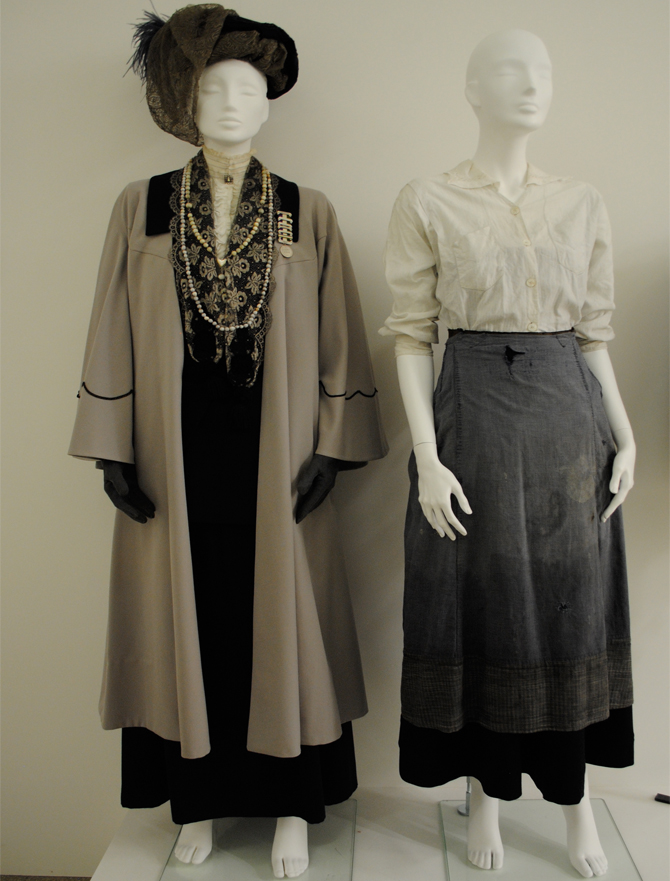 film costume for Meryl Streep as Emmeline Pankhurst and Carey Mulligan as Maude, in Suffragette, out autumn 2015

Donna explained that the Suffragette’s deliberately dressed elegantly, so as to not stoke the press claim that they were ‘hysterical and unruly women’ . it was a strategy that saw them always smartly turned out and they even designed a small clothes range, featuring the Suffragette colours of green and purple, which included blouses, skirts, scarves aprons and even hats. 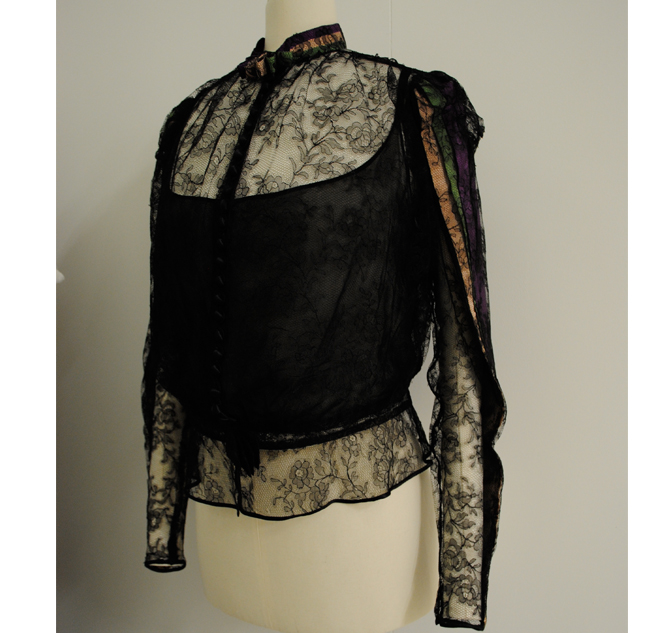 For me it was worth going just to see this and read all the stories. I still have lots to learn about the plight of the Suffragettes. 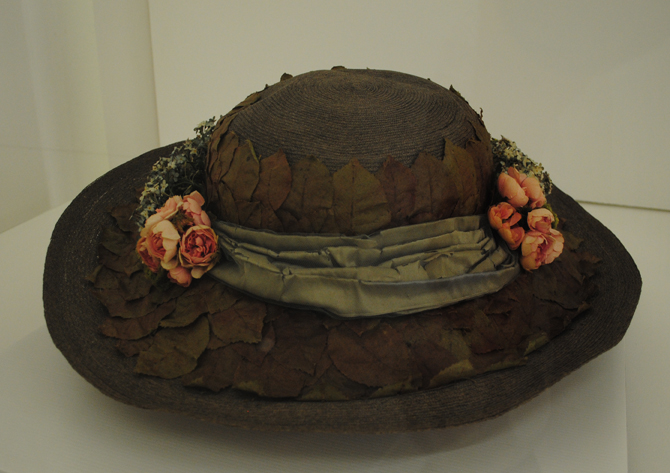 There’s lots here to digest if you are a fashion history buff, the exhibition covers a lot of ground quite swiftly and stays pace-y because it doesn’t dwell too long on any one theme. There are new images and outfits on show that I’ve never seen  before (and I’ve been to a lot of fashion exhibitions)  We are brought bang up to date with interviews of 26 contemporary women in ‘power’. From Anne Hidalgo, Mayor of Paris to Kirsty Wark, journalist, presenter and writer, via the musician Skin, It’s worth reading these enlightening insights into how women use their clothes to project authority.

There’s an interesting programme of talks planned and I’d urge you to go if this whole idea resonates with you. My only complaint is ‘where’s the book?’ This feels such an important and well executed contribution to the whole debate on feminism that I’m sad there’s no book to buy. it would be great to be able to recommend it for those who wont get to see this show (which is on until 26th April 2015). When I asked Donna about this she said she too was disappointed but that they just didn’t have the time. You are all just going to have to try and visit.

This popped up on my Facebook feed the other day and its genius. Frustrated dad Will Reid used social media to post the first…