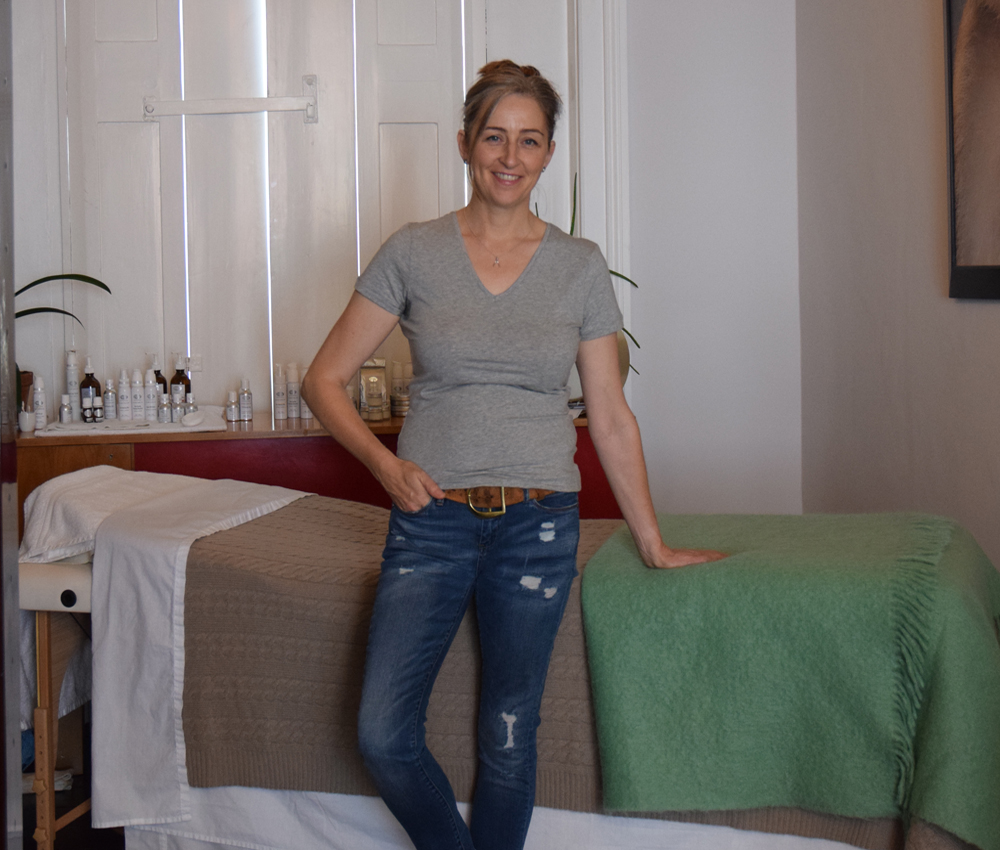 Before I high-tailed it off to sunnier climes recently, I met MV Organic Skincare founder Sharon McGlinchey, who gave me one of her spectacular facials, I’m not sure I’ll ever use any other product ever again. You always feel good after a facial, but Sharon’s got something a bit magical about her and I practically flew home after mine.

I think I was slightly biased on meeting her, because she is -like many of us -a child of the 70s and therefore a grown up, with an experienced outlook on skin care and life in general, which is surprisingly rare in the beauty world. I’ve had plenty of facials given by 20 year old who tell me that this latest million pound cream is akin to unicorn’s tears and stops the aging process in its tracks. No such daftness from Sharon. Although she’s now resident in Australia, she’s originally from Cumbria- with an accent that quirkily merges the two locations, could you get a more down to earth, no-bullshit combination that this? She rides a motorbike, is a hoot to talk to, wears patchouli in her hair and has been banging on about keeping your skin care range simple and organic since 1999. Being somewhat removed from the usual beauty circus and absorbed in her own organic world, it took her a while to realise how famous some of her clients were. Her appointments booker had to point out who Rosie Huntingon-Whitely was and that they were shipping products in large amounts to some of the world’s most high profile faces, Emma Watson- who has very sensitive skin- is a fan, as is Maggie Gyllenhaal. “I do lots of models because their skin is often over stimulated and stressed, and the organic nature of the products is very good for calming everything down, but I never really thought about who everyone was”, she explained, slightly embarrassed.

She sources her product ingredients very carefully, visiting the suppliers all over the globe to find the best organic base oils and essential oils, because it’s easy to be palmed off with second rate stuff. Her Pure Jojoba oil is fabulous and she recommends it for many skin jobs due to its  similarity to the body’s own sebum, including suspending essential oils in to use as a perfume, using it in your hair, to drop into your ears if they get blocked on long haul flights and, ahem, as a lubricating cream for dry vaginas (which can be an issue for grown up women) during sex. Just putting it out there. While on holiday I used the jojoba for after-sun soothing and it was very comforting. 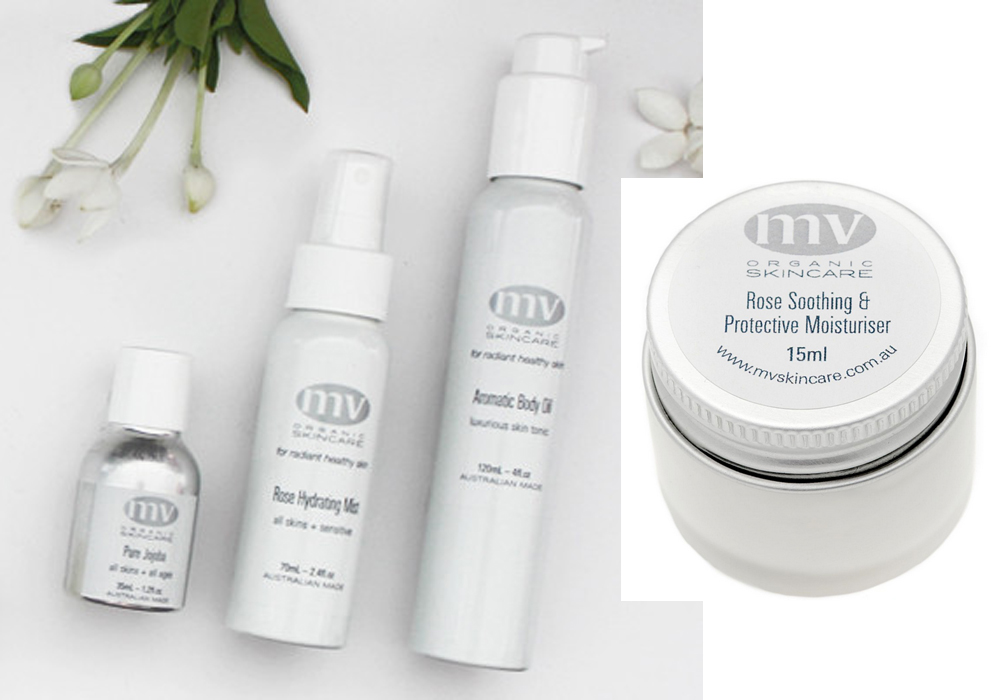 I also have converted to Sharon’s hot cloth, steam-facial technique every evening, which is good for the soul as well as the skin, who would have thought counting to five while burying your face in a generous hot cloth would be so calming? She’s good at new rituals, I explained I was deeply cynical about hydrating sprays (they are everywhere currently) and saw them as just another attempt to sell us stuff. But actually, if you mist your face after cleaning and prior to applying an oil or cream, it helps the product go much further as well as trapping in extra moisture, so I tried this and blimey, it works a treat, I’m using much less of the Rose Plus Booster (a joy to use on my skin) and Rose Moisturiser (light but rich) after misting. Take a look at one of the skin care tutorials here.

I asked Sharon what was the quickest way to great skin for our age group, “Eat sensibly, with lots of fruit and vegetables, remove stress as much as you can from your life and do regular exercise -I’m a great fan of yoga. What you put on your skin is a long way down the list, but just like food, you want as few chemicals as possible. When I first started selling organic products in Australia, it was a bit like peddling in hummous, but now the world’s catching up and understanding it’s a holistic approach to beauty that really works.”

Sharon is very well known for treating more serious skin issues such as sensitivity, rosacea, eczema and even poly-cystic ovary syndrome, if you suffer then I urge you to check out her excellent website here, it’s properly sensible advice. It’s also worth checking out the skin health section for tips on how to improve what you are already doing with your skin.

The hero products? Well certainly the Pure Jojoba Oil (what ever you do with it), Rose Plus Booster and Rose Protective Moisturiser. I like the Cream Cleanser with hot cloth and the Daily Soother Booster look’s good for emergencies. Cult Beauty sells the range in the UK but check out your skin type on Sharon’s own website for further help.

My gay best friend is something of a legend in the world of British high street design. Impeccably dressed in head to toe Prada,…