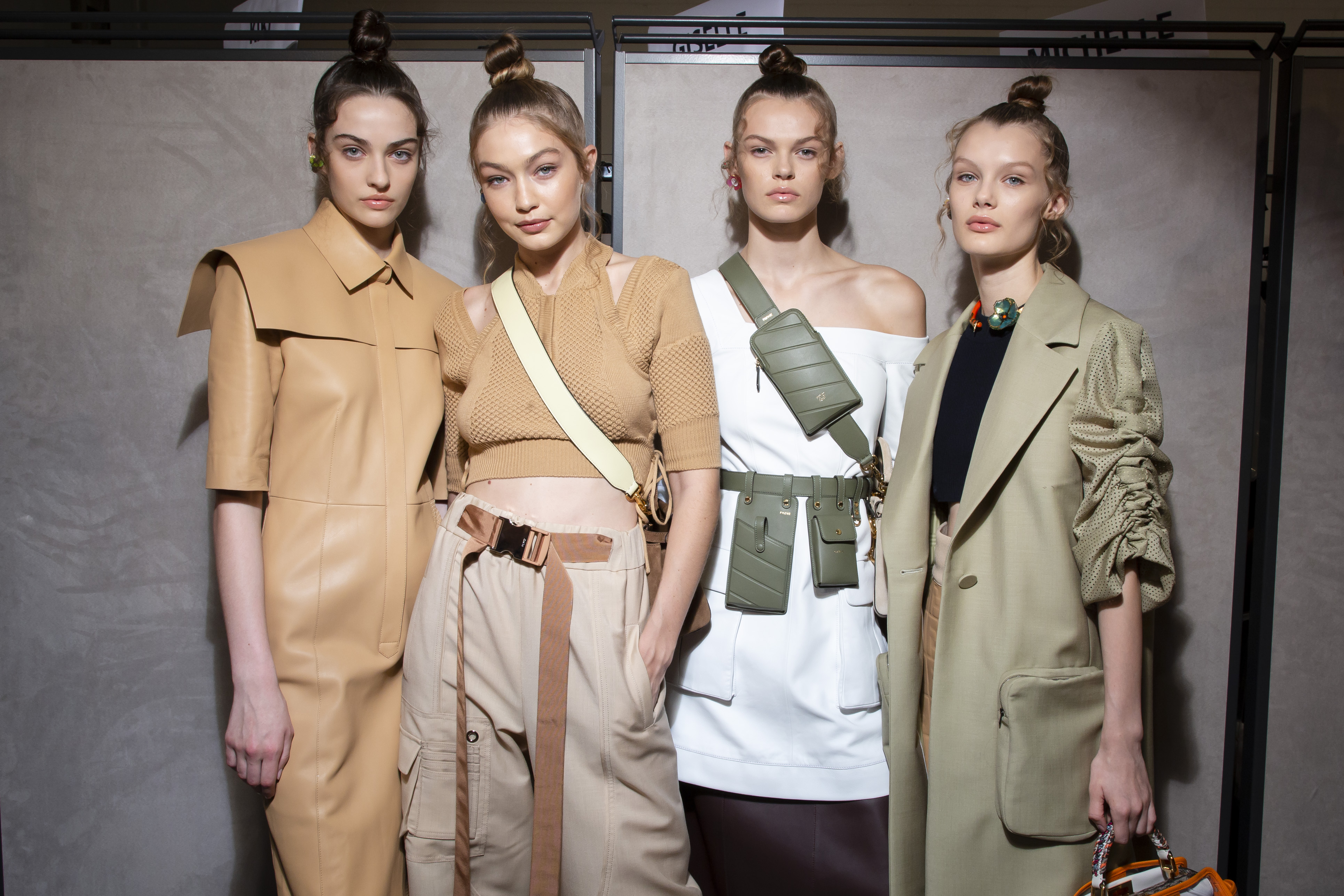 For the last month I have been immersed in what’s been happening on the catwalks of New York, London, Milan and Paris. Over the past few years the shows have become less about the clothes and more about the spectacle, as the venues become more elaborate, the models more diverse and the influencers more important than the editors. Instagram and the ‘see now buy now’ culture means that by the time by the clothes hit the shops six months later, they are old news and one wonders if the catwalks are worth all the fuss.

Dominating all of the fashion weeks, stone, beige and khaki and everything in between will be everywhere. Think tonal dressing, contemporary workwear, utility details and lots of pockets – in cotton, drill, poplin and luxe leather. 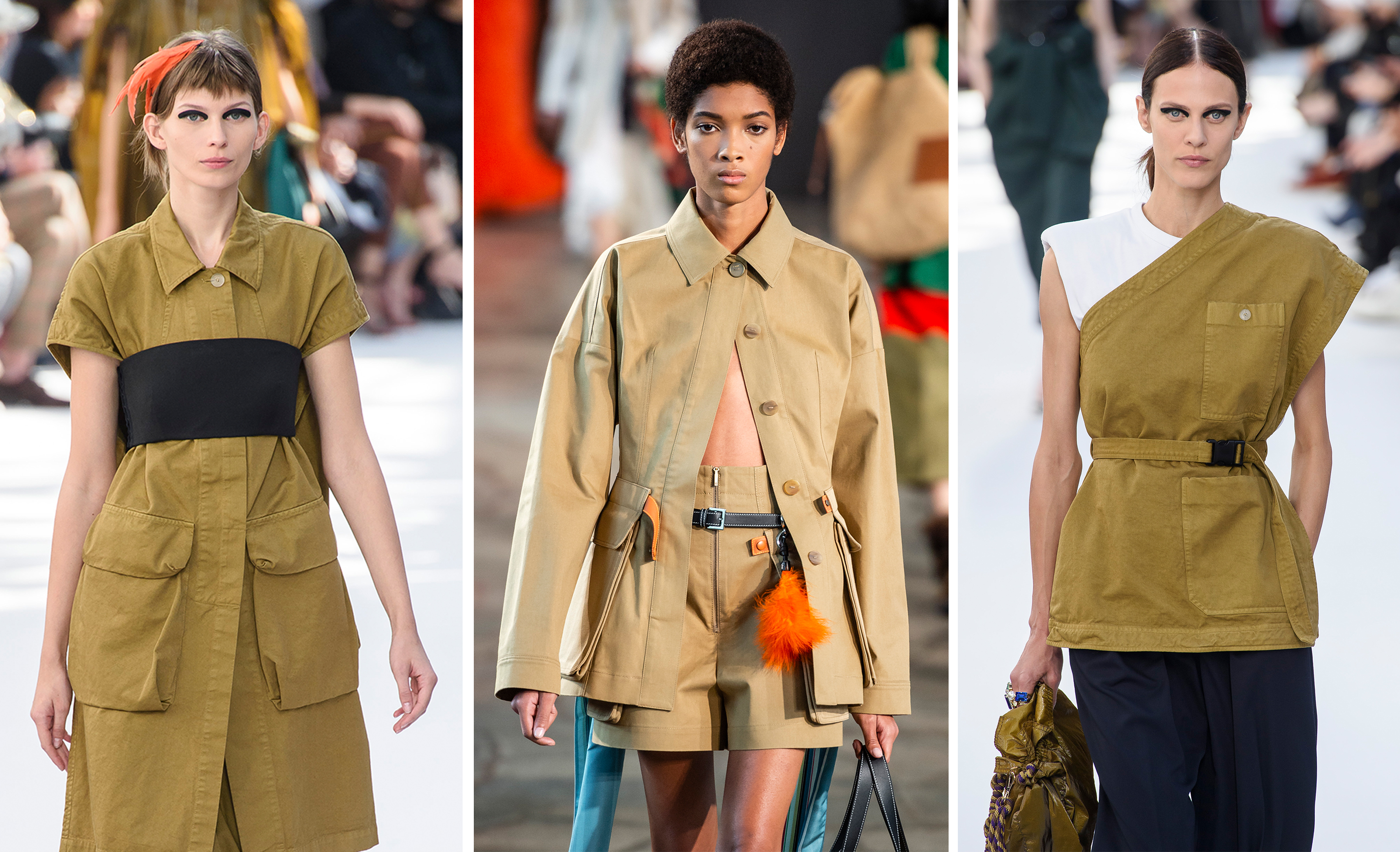 80s inspired but for the 21st Century. Oversize, big shoulders and if you want to be super fashionable, wear with cycle shorts – see Kim Kardashian in Yeezy for inspiration (joking – not joking!) 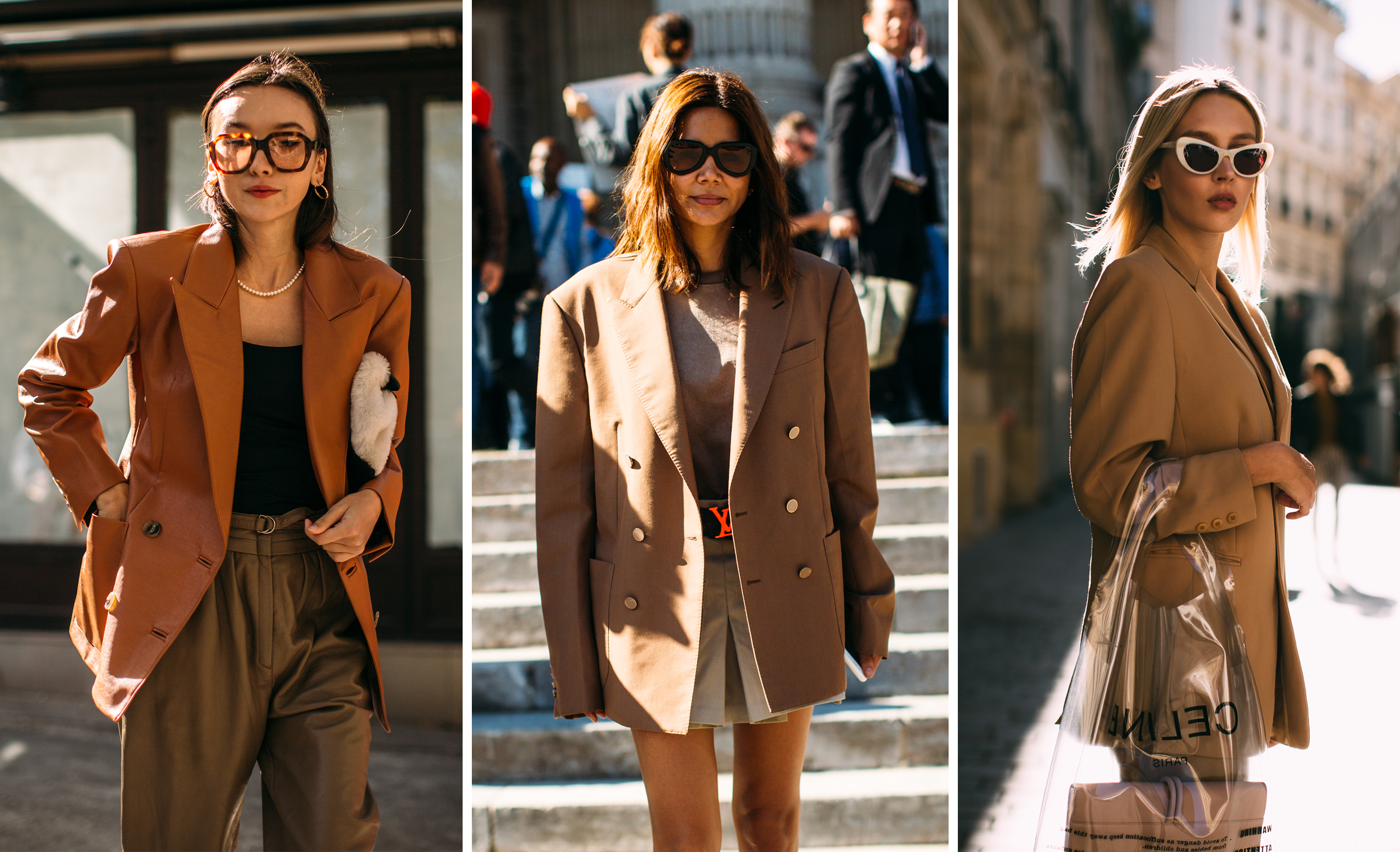 Could also be down to Kim K – she even has a neon jeep! But I prefer to think of Dries Van Noten as the influencer. Super bright yellow, apple green and fuschia pink are fun and life affirming and not to be feared! Clash multiple colours in one outfit for maximum effect. Giant bags, hats, earrings, hair bands – think Princess Di on acid – and even sunglasses. Luckily most of us are still wearing the massive ones from a few seasons ago and were only just starting to think about down sizing to the Matrix inspired sunnies of last season. Phew! The Valentino collection was my absolute favourite, featuring pleats in various different guises. Full and mid calf length pleated dresses and skirts will be huge and are both chic and easy to wear – and lets face it, we all have a pleated skirt knocking a round somewhere at the back of the wardrobe. Go one step further and look our for pleated tops with voluminous sleeves. 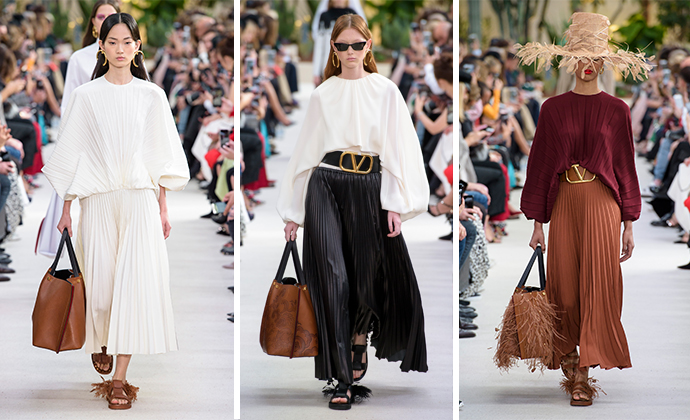 We are rapidly approaching peak print, with florals having dominated the shops for the last couple of seasons. Tie dye, but not as we know it, is the new floral – think sophisticated two colour prints with a nod to acid house! 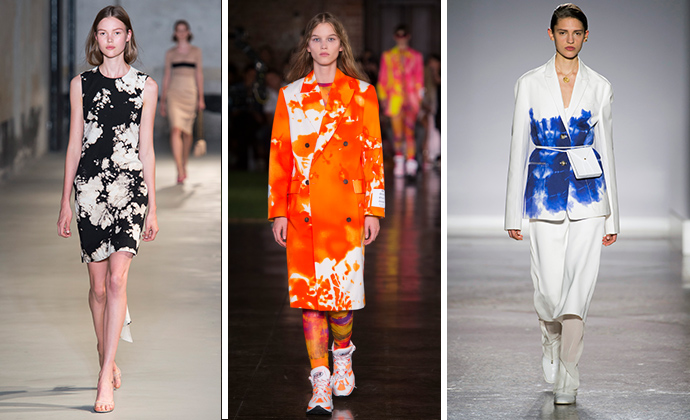 Other things to watch out for are knee length city and cycle shorts, Goddess inspired dresses, grown up Boho (does that ever go away) crochet, satin and surf inspired sportswear – which I will be avoiding like the plague. There are of course no rules as we age when it comes to fashion – but perhaps there should be when to comes to neoprene as a fashion fabric for the over 40s!

I’m still in ‘Japanese make do and mend’ mode (after Monday’s post on Kintsugi) and have another recycle-y word for you, Mottainai, which…