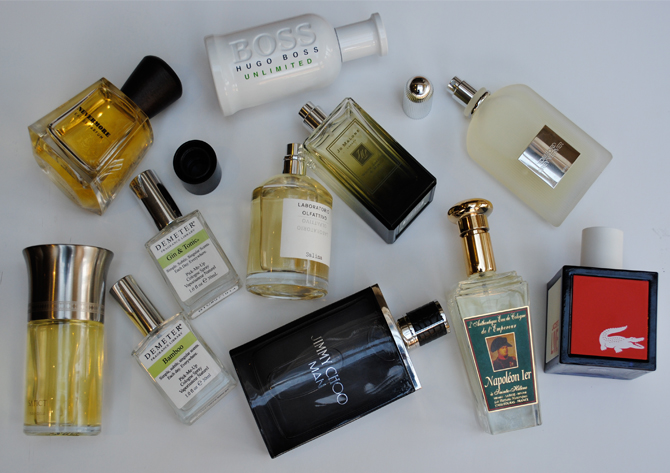 The last post I did on ‘best perfumes for teenage boys‘ was one of our most read posts ever, it seems help is definitely needed when it comes to selecting good smells for boys (and men). So with that in mind and realising that thoughts are turning to Christmas presents (most fragrance sales are made at Christmas) here’s a new fragrances that have launched or have been recommended since the last post.

I recruited my own trusty teen/ twentysomething testers to help me out, as they have become very interested in fragrance since I started reviewing it for the blog. Anyone who thinks teenageboys and young men don’t care about how they smell is very wrong.

In general I’d say that if you are buying for an under 16 year old, you wont much like what they like. Youngestson enlightened me on this with the following comment, “Mum, they are moving up from Lynx so they need something strong. Also they want to cover up how they smell- which is definitely bad- so light smelling stuff is rubbish.”

Mine also credit their dad with influencing what they wear (in a good way), so I’m throwing in a few MAD smells to ensure they get off to a good start.

Remember,  no teenager goes and buys himself cologne (my boys prefer that word to perfume and fragrance sounds too ‘weird’) because they’ve all got much more important things to spend their money on. But every boy wants to smell good, in fact this is VERY important to them so a good fragrance makes a perfect present for teens,

In no particular order….we’ve only included the ones we liked….
[show_shopthepost_widget id=”396014″]

Jo Malone, White Jasmine & Mint  from £40 Loved by all three boys.  Fresh, sparkly with wafts of minty-herb, but in no way girly. Also since it’s a cologne with a low level of pure perfume added, it doesn’t last that long, which could be a good or a bad thing.

Demeter Thunderstorm £32  Demeter are a great brand for value perfumes. The bottles are small so if it’s not loved, it’s not a disaster and the titles are teen-friendly. Who doesn’t want to say their perfume smells of  thunderstorms? My boys thought this smelled of cucumber and ‘light rain’. Well received

Demeter Bamboo £23 This was really loved, ‘It smells like those rhubarb and custard sweets, or Haribo!’ which is apparently a good thing.’All teenage boys want to smell of sweets, mum”. Now you know

Tom Ford Grey Vetiver from £62. I recently went on a fabulous trip to the Osmatheque in Paris -more of that soon – and met some fabulously knowledgeable  fragrance people, including James, who tipped this as an excellent starter fragrance for a young man. He was right, the boys all adored it, and there is a fight as to who has the tester bottle. It was described as ‘classic, with a bit of a parsnip-y hit’ In a good way, obvs. The bottle -the design of which is crucial to boys- was also given the thumbs up. 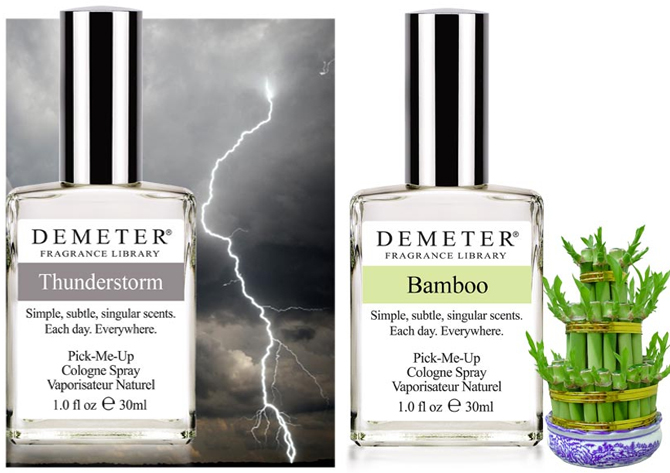 Murdock London Renshaw £90. Youngest son – who is 18 – loved this and has whisked it off to uni with him. “It makes me feel British mum” which I put down to the very classic citrus/ bergamot top notes of a traditional man’s cologne. Classy.

L’eau D’Issey Pour Homme  from £39. It’s possible that this was the most loved fragrance of all amongst my boys, but that could be because their dad wears it. Sophisticated yet quite gentle on the nose, teldestson said ” it’s how I want to smell’ Also, “girls will like this. Who knows how that comment is qualified…..

Jimmy Choo Man from £27. A new launch, the bottle shape was definitely a hit as it looks like a hip flask and was deemed col enough to put on the bathroom shelf. The smell -which is slightly sweet and woody- reminded them all of the changing rooms ‘in a posh gym, this is a wannabe- posh-boy after rugby smell’ apparently, and that too, is a good thing, if you are that kind of boy.

La Coste L!ve from £37 The Italian version of the above rugby lad, more potent and less grown up. ‘This” said youngesteen ‘is a good one for younger teenagers, maybe for when they’ve finished with Lynx, because it’s strong, it’ll cover up the smell of deodorant.

A few for Middleagedads, mostly because of the price.

Laboratorio Olfattivo Salina £90 Comments on this ranged from “Nice, takes you to the beach” to “Gotta be an Italian beach because it smells like tiramasu”. Also aniseed-y, almond-y and a little like sun-soaked skin. Smells very good on middleagedad, who bought this as a treat for himself but will be lucky if the bottle stays in his bathroom.

Liquides Imaginaires Sancti £140 Again, one of the most loved. Middleson has been sneakily testing this and has been getting comments at work about how good it smells. Eldestson said it smelled like undiluted fruit juice. I also like wearing this, it has a delicious amber base and smells a bit like churches…orangey churches.

Frapin Nevermore £98 I reviewed this here, but wanted to include it to see what the boy thought. ‘This smells older, like there should be a fire in the corner and I should wear a tweedy jacket with leather patches’ said eldestson son. Liked a lot, but considered more ‘dad’ than ‘young man’

Le Labo Santal 33 I didn’t test this on the boys but I don’t think there’s a man alive who wont smell better after a spray of this. A number of men I know wear this and smell delicious. A leathery and musky  fug that was inspired by the original American Malborough Man cigarette advert (without the ashtray aroma, obvs)  and which man didn’t want to look that rugged and manly?